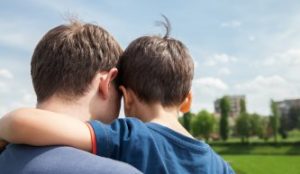 Child custody is one of the many significant issues couples face during divorce. From the court’s perspective, the only guiding principle is to make the decision that is best for the child, despite how much parents may disagree. A child custody lawyer can help you understand the law and devise the best possible case to help you get the outcome you desire. Talk to a child custody attorney in Las Vegas about your case to understand your options. Learn more about child custody frequently asked questions. Here’s a look at some of the issues a judge considers when awarding child custody.

Most states have laws that provide a basic framework for how child custody should work in most cases. In Nevada, the law assumes that joint custody is in the best interest of the child. Usually, parents share legal custody, meaning they share the right to make education, medical, and other important decisions, and that one parent gets physical custody, meaning that his or her home is the primary residence for the child. However, many factors may make a judge determine that joint custody is not an ideal solution.

Past domestic abuse against anyone in the family can weigh heavily on child custody proceedings. If you or your children have been the victim of domestic abuse by your spouse, then your child custody lawyer may attempt to argue that shared custody and visitation are inappropriate. The courts will consider things like when the domestic abuse occurred and whether it was an isolated incident or a pattern of behavior.

When making determinations about physical custody and visitation, the courts consider the stability of each home. Factors include whether children can stay on their usual schedules in the home, whether the home is clean and safe, and who else lives in or visits the home.

To obtain a child support application in Nevada, you can call the Family Support Division and either have an application sent by mail or stop in…

Fathers often feel as though the court system favors the mother when determining issues such as physical custody. Although some judges may still…

Read More
Recent Posts
Categories
Back to the top