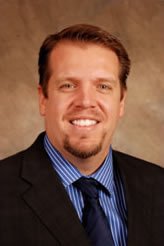 Mr. Smith holds a Juris Doctorate from the William S. Boyd School of Law at the University of Nevada, Las Vegas. Mr. Smith also holds a Bachelor of Science degree in Business Administration with an emphasis in Management Information Systems.

Prior to forming Smith Legal Group, Mr. Smith was an associate at a prominent national firm, focusing on civil litigation and insurance law. In addition, Mr. Smith worked as a Project Manager for IBM in its Global Services Division. In this role, Mr. Smith managed information security projects for Fortune 500 companies. Mr. Smith also played an integral role in IBM’s globalization projects and assisted in the deployment of technology solutions in Argentina, Brazil, France, Scotland, and India.

Mr. Smith also spent several years working in the insurance industry as an insurance adjuster during which he specialized in on-scene accident investigations and accident reconstruction.

Mr. Smith is admitted to practice before the State and Federal Courts of Nevada. He is a member of the American Bar Association and Clark County Bar Association.

Attorney Galasso received her Juris Doctorate from William S. Boyd School of Law at the University of Las Vegas, Nevada and holds a Bachelor of Arts degree in History from University of California, Los Angeles.

Prior to working at Smith Legal Group, Ms. Galasso also worked for the Clark County Public Defender and the Clark County Special Public Defender where she gained meaningful experience defending Clients against DUI, Domestic Battery, Homicide, and various other criminal allegations. Additionally, Ms. Galasso has previously worked for two well-known and highly respected private criminal defense firms in both Nevada and California. Ms. Galasso also worked on the legal team at UFC Headquarters during her time in law school.

Although Ms. Galasso has practiced in a variety of legal disciplines, her real passion and enthusiasm is in criminal defense. Her personal background has established in her the belief that every person deserves to have their story heard.

Ms. Galasso is admitted to practice before the State Courts of Nevada.

Attorney Woo received his Juris Doctorate from the William S. Boyd School of Law at the University of Las Vegas, Nevada and holds a Bachelor of Arts Degree in Criminal Justice with a minor in Philosophy of Law and Justice as well as a minor in Political Science.

Mr. Woo externed for the Chief Justice of the United States Bankruptcy Court District of Nevada where he gained meaningful experience in Bankruptcy Law and Consumer Protection. Additionally, Mr. Woo worked full-time throughout his schooling taking on a variety of roles in the Gaming Industry.

Mr. Woo interned for the Caesars Accounting Department and was enrolled in the Master of Science in Accounting program at University of Nevada, Las Vegas. When faced with choice of continuing his education in accounting or accepting his admission into law school, Mr. Woo took the law school route on the belief that he could effectuate more change in the community as an attorney. As a Las Vegas native with a passion for his community, Mr. Woo truly believes that everyone deserves a skilled and compassionate advocate.

Mr. Woo is admitted to practice before the State Courts of Nevada.