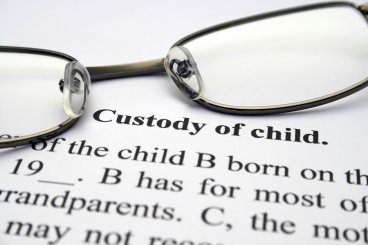 Custody issues are a complex part of family law that vary from state to state. If you’re going through a divorce or separation and there are children involved, it’s a good idea to consult a child custody lawyer as soon as possible. At a family law firm near Las Vegas, you can discuss your goals for the outcome of the case, such as obtaining joint custody. Your child custody lawyer can also help you understand what you might expect from the proceedings and which types of child custody arrangements the judge may establish.

When a judge establishes physical custody, it means that a determination has been made regarding which parent’s residence the child will live in. The court may consider a wide range of factors when making this decision. The overriding factor concerns the best interests of the child. The court may also consider the capacity of each parent to provide care, the child’s relationships with various members of the family, the child’s age and gender, the continuity of a stable home environment, and each parent’s history of domestic violence, or drug and alcohol abuse. Depending upon the child’s age, the court may also consider the preferences of the child.

Your child custody attorney in Henderson can help you understand the differences between legal and physical custody. If you’ve been awarded legal custody, it means that you have the authority to make major decisions regarding how your child is raised. This includes decisions regarding the child’s education, healthcare, and religious upbringing.

Many people who consult a child custody lawyer have the intention of pursuing joint custody. Joint custody may refer to either physical or legal custody or both. When parents share joint custody of a child, it means that they both have the authority to make major decisions for the child and to have the child live at their residence. Typically, the child will primarily live at one residence and have frequent visitations with the other parent.

When a parent is awarded sole physical and legal custody of a child, it means the child will only live with that parent. The other parent may or may not have visitation rights, depending on the circumstances. Sole custody may be awarded in cases involving domestic violence and similar situations.

If you’re dealing with a family law matter, such as divorce, physical custody, or visitation rights, you’re going to need the help of a…

To obtain a child support application in Nevada, you can call the Family Support Division and either have an application sent by mail or stop in…

Read More
Recent Posts
Categories
Back to the top